Dribble on four wheels at an extremely fast pace was the order of the day in the grand finale. The local teams “Young Stars” and “Wheel Stars” stepped up and showed their wheelchair and basketball skills in catching, throwing, driving and turning.
The two finalists played a highly competitive game in which no points were given away. In the end, the “Wheel Stars” team won the first Basketball for Development Youth Wheelchair Tournament.

At the wheelchair basketball tournament sponsored by us, eight teams competed against each other. The tournament was held on three matchdays in August. The game was played on the grounds of the Centre national de réhabilitation des personne handicapées du Cameroun (CNRPH). Our local partner was Association des Jeunes Handicapes pour l’ Avenir (A. J. H. A.).

Conclusion for all participants: A great event, a great sport! A big thank you to all supporters and volunteers. And if you’re interested: Facebook offers more pictures, videos and reports more

Results of the day: 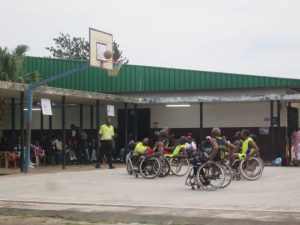 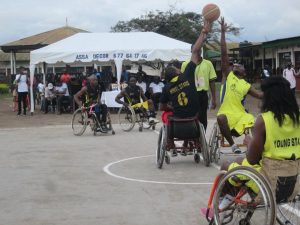 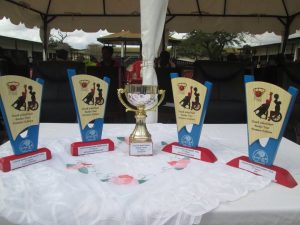 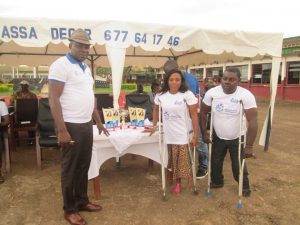 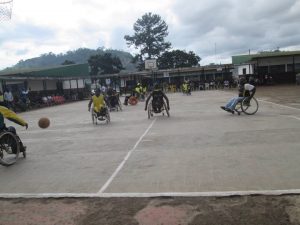 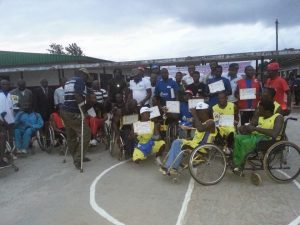