Saturday, the 19th of Dezember 2015, the second edition of Basketball for Development Olympic Games took places in Buea, Cameroon. Mixed teams of girls and boys and different ages spent a nice day playing, having fun and learning together. As usual coach Efon Elad Constantin integrated lots of learning games from the DUNKING-AIDS-OUT seminar while warming up and during the tournament. Something to eat at breaktime reenergized everybody for the finals.

At the end small prizes could be taken by the winners and every kid went home with some small gifts.

At this point we would like to thank our team in Cameroon and all the voluntary helpers very much for their efforts and power keeping Basketball for Development running in Cameroon. We wish everybody Merry x-mas, a quiet and relaxing time and a good start into 2016. 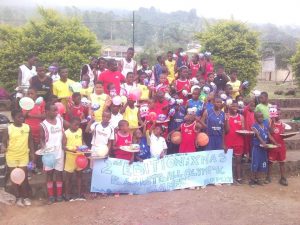 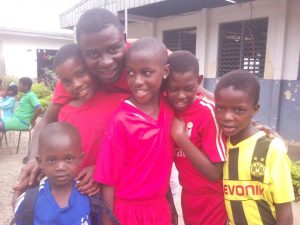