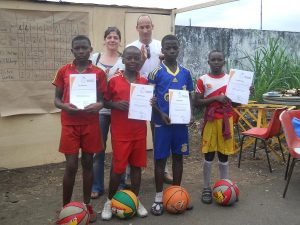 On the 18th and 22nd of February the FENASSCO League B Tournament for girls and boys took place at the Molyko Sports Complex.The semi finals and finals were played at the 22nd of February.

A fair play award was donated by Basketball for Development e.V. As usual the teams awarded points to each other electing the winners.

Teams came from the following schools with girls and boys teams each: 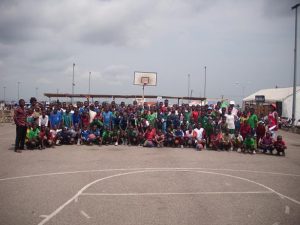 After evaluating the points we had the special situation to have four winners. Two girls teams and two boys teams had equal points.

The players-all together 52 kids- are going to receive a one year membership in the BUEA MUTUAL HEALTH ORGANISATION with a value of 3.500 FCFA per person plus registration fee for the team, which will cover 75% of their hospital, consultation and drug bills in case of sickness.